Apart from watching Aeroplanes crash at Duxford, I also bought a print while I was there - which I got framed today, looks bally good if I do say so myself.

Incidentally it cost £100 more to buy the framed version at Duxford, rather than just the picture itself, where as I got mine framed in a picture shop for £50 - go figure.

It's a copy of this: 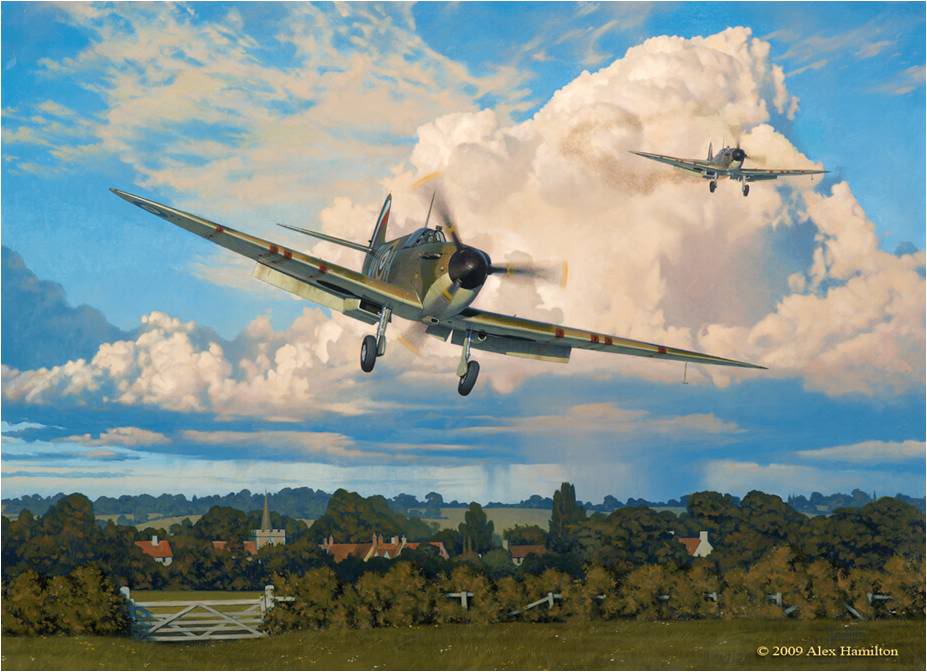 "A typical scene from the Battle of Britain. A 19 squadron Spitfire, piloted by Sgt. George ‘Grumpy ‘ Unwin, floats in over the fence to the eastern end of Duxford's grass runway as another spit banks in quite closely behind."

A Picture of 19 Squadron Spitfires RTBing, somehow it seemed apt...

I was also considering a picture called "Stick to me like glue!" of two Spitfires in close formation - next time I might buy that one and mail it to Dezey!

Nice pic Mj. I think Grumpy Unwin may be a distant relation of mine ;-)