Say what you will about Steam...

Say what you will about Steam...

...but being able to use the internet mid-sortie can be pretty useful from time to time. 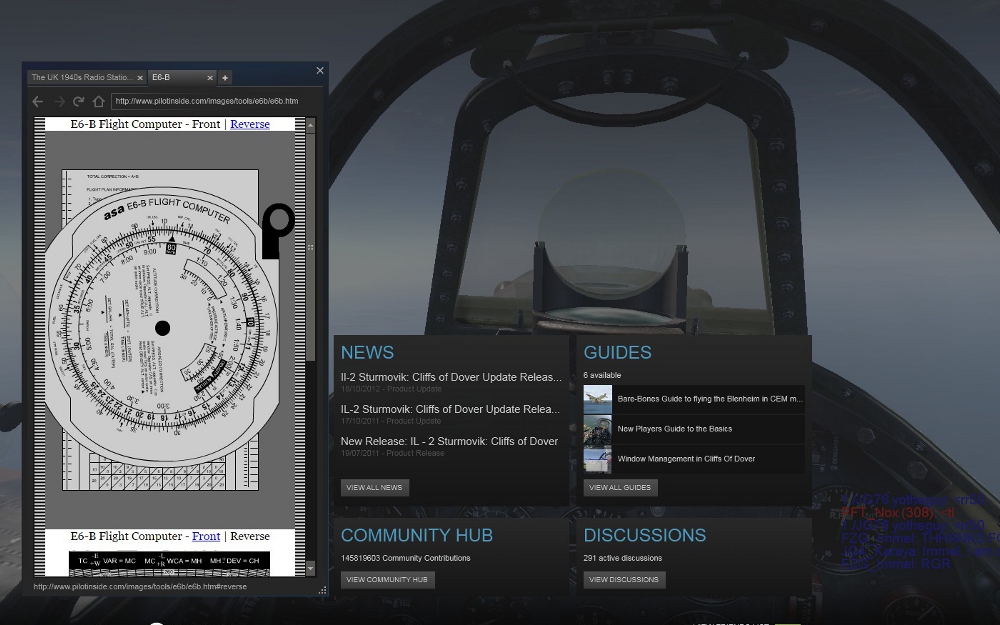 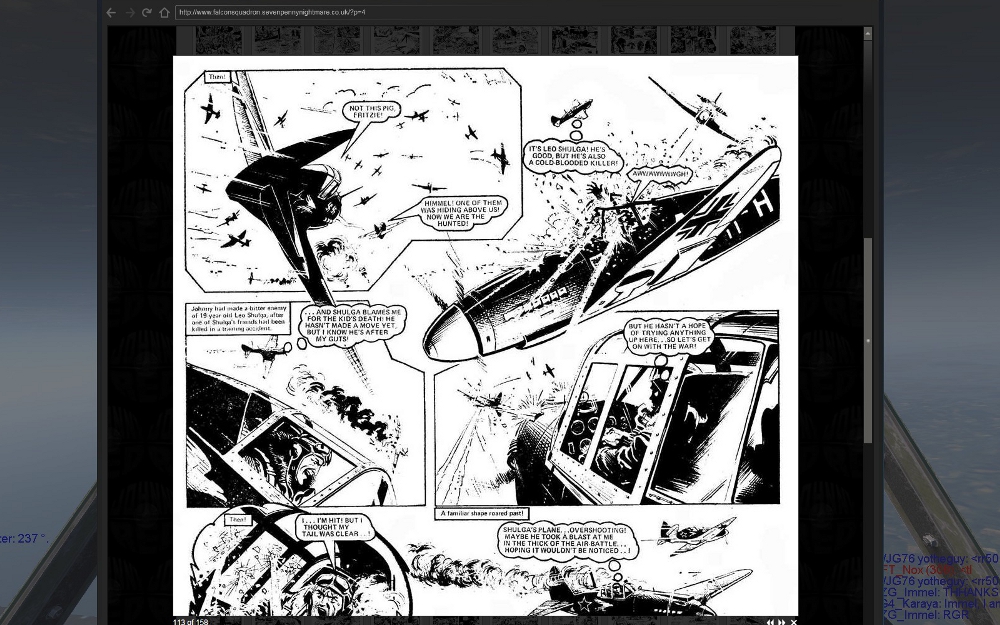 Also I worked out why my Blenheim Engines wouldn't work properly, I thought that the Green fuel valve was inner fuel tanks and the red fuel valve was outer fuel tanks, rather than one rotation being outer tanks for both and two rotations being inner tanks for both, as such I was trying to run the engines with the outer tanks only, which, when setting a 60% fuel load would leave me with a grand total of 3.2 pints of fuel for each engine.

Which also explains why it worked on my test flight, as I didn't have to empty the outer tanks to save weight, as it was a bombless flight, clearly it's the fault of the bad illumination in the Blenheim which meant I couldn't read the 'INNER' 'OUTER' labels on the valve due to the poor light conditions, and nothing at all to do with me not reading the Pilot's Notes that I had sat on the desk right infront of me...

Glad you've sorted your Blenheim out. Next step is to figure out how to bomb. There is a guide somewhere on the ATAG forums, which I downloaded, but didn't read a while ago. I have wiped my HD since, so will try to find it again.

This is the Blenheim guide I've been using, if this is the same one?

From my limited bombing practice it seems the most important thing is getting the autopilot working properly, as it's very hard to fly straight and level and bomb at the same time - plus the autopilot is a bit odd, in that rather than being a level autopilot like in RoF/BoS, it has two modes, one mode takes control of the rudder, but leaves elevator and aileron control up to you (which seems a bit pointless if you ask me), the other mode takes total control, but will only fly at a heading of 0 on your directional gyro (the small one on the instrument panel), so you have to get on the correct course then adjust your DG so that 0 degrees is your current heading, then turn the autopilot on (then you can adjust your DG +/- a few degrees to turn the Aircraft) - plus there's a quirk with it where when you first turn it on then the autopilot will descend about 2000 feet to gain speed, so you need to be higher than your intended bombing altitude.

Other than that it's a case of:

1, Set your altimeter to the correct altitude (it should be set automatically for the Airfield you spawn at, but you should probably double check with these: Airfield Charts

2, Find the Altitude of the target, using the LOFTE tool (tehnically it's German, but I guess we stole it

3, Convert the Target Altitude from Roman Catholic to Church of England so that it works on our Instruments.

4, Convert your Indicated Airspeed to True Airspeed using this chart (which is included in the Cliffs of Dover manual) 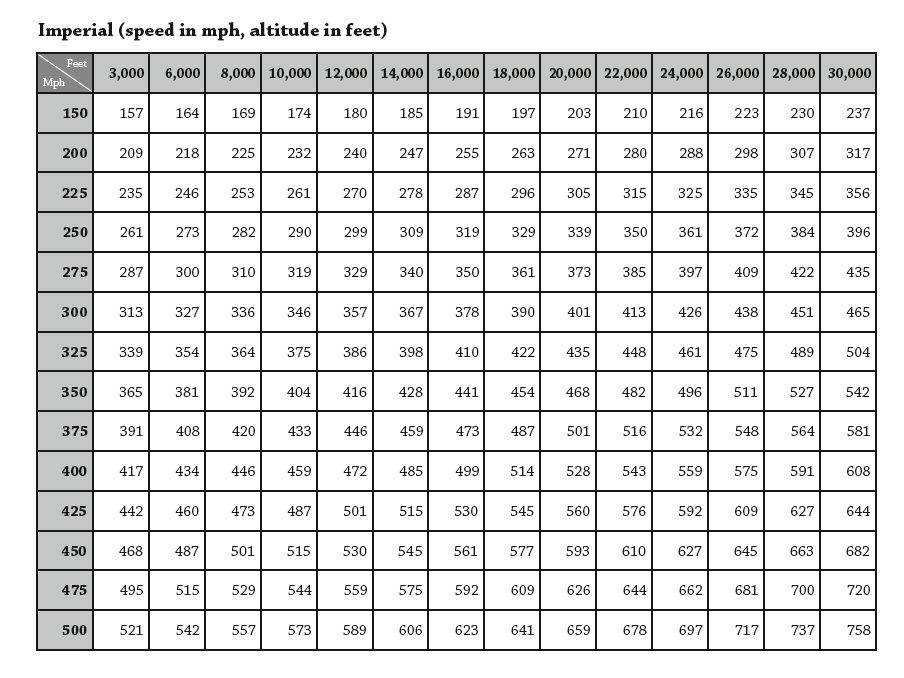 5a, Hope there isn't any wind.

5b, If there is wind then convert your True Air Speed to Ground Speed, through Witchcraft or a Flight Computer (These ones are of the same model as they used in WW2 if you're feeling extravagant: E6-B Student Flight Computer and E6-B Micro Flight Computer otherwise you can get simulators on the internet, like this one from my original post: E6-B Simulator (there are also digital versions if you're some sort of 21st century gamer kid

5c, Learn how to actually use a Flight Compiuter

6, Set Bomb Sight for Ground Speed (or True Air Speed if there's no wind) and Height above Target (Altimeter Altitude - Target Altitude, like in WW2OL)

7, Get shot down by 109s long before reaching target.

Or an alternative guide:

1, Get really good at formation flying

3, Drop your bombs at the same time as them.

There are probably easier ways, but that's the way I know to do it at the moment.

And to be honest it's 1940, so we should probably start off by setting our targets as 'vaguely on that Airfield' or 'that City'