Heavy fighting all over the front. Bullets flying, shells bursting, blood being spilled. It looks like the germans have renewed there offensive after the set backs from previous weeks. Our lines are barely holding but our ground troops fight with all they got.

I have seen my part of the war and it is harsh. I have lost many friend allready due to dead and mutilation. The worst are the onces that get burning wounds. Good god I hope I will never have to expierence that. If my time has to come i hope it will be quick.

I wake up with the sun shining onto my face. A beautifull day it will be. This also means that jerry will put everything in the air they have to support there offensive.
our material is suffering from the constant fighting. Our mechanics are working day and night to keep the machines running. Spare parts are not available in numbers and more and more planes have to stay on the ground.

We were warming our engines on the airfield early in the morning when first radio messages allready started to come in with the request of fighter support.

Me Mj and public lifted to answer the call. Target town was Givet which was crumbling under the axis push. We went north from Brussel to gain altitude. When we reached the area of profondville at 18.000 feet. Mj reported 2 contacts incomming from the North. Then another and another and another. Suddenly 7 109 's where diving on us. We decided to make a run from it and we all scattered. I dove down to the deck with 2 109 s on my six. I m glad this Hawk can dive so well and the 109 s could not keep up with me and stopped the chase. I heard MJ screaming on the radio he had 3 109 s on him. No word from public. Suddenly the radio went dead. No response on my calls. I pick up a message from ground forces they saw a spitfire being chased by 3 109 s and just blew up mid air. NOOOO, I screamed, He blew up he just blew up. I could only hope MJ managed to bail out.

When I lost my attackers I found myself in the target area of Givet. I was trying to find any friendlies to join up with. Only a lone 109 showed up a little below me. he was not awere of my presence ( probably thinking the luftwaffe had air supremacy ) and a 4 second burst later he goes down in flames.

I want to avoid being jumped on and I m trying to return to base. The rout I take brings me back over Givet. This was a mistake. 4 109 s' are in the area and attack me as soon as they see me. I m in big trouble now but keep my head cool. 4 to 1 is not a fair fight but I give the best I can to avoid being shot down while looking for a way out. I manage to get on the six of a 109 just several meters in front of me. My conversion of the guns is set for longer distance so my bullets it the plane all over. After several long burst the messerschmit is going down. Full of holes a smoking engine and a cockpit all red with blood. That makes it 3 to 1. Shooting down that 109 gives me more place to maneuver and I see my chance to run. My engine is getting overheated so I m not lasting long any way. I fly over a friendly AA battery and after I pass over it they start shooting on my chasers scaring off 2 of the 3 109. That is one left to worry about. I try again to find some back up over the radio as I can t run away for long any more. My engine temperature is going in red. Hope was fading when I suddenly heared a farmiliar voice over the radio. MJ !!!! he made it. Apparently he managed to bail out and was raced back to airfield by courier on motorcycle. ( later I heared MJ kept slapping him on the back of the head to go faster which the driver found quite annoying). There he jumped into a new spitfire and flew towards the front to look for me. I radioed my position and little later he found me and bounced the 109 that was left chasing me. Down he goes in flames. We both returned to base a little later. From public nothing was heared and he was listed as MIA.

I escaped dead once more but wonder how long we can still hold out. We are so few against so many. But I can fight another day. One extra day to make the germans pay for invading my country. One more day to do my part and keep my family safe.
Exausted a fell into a deep sleep

Nice AAR Hink, not sure I enjoy the part where I blow up, mind.

hinkel1 wrote:I have seen my part of the war and it is harsh. I have lost many friend allready due to dead and mutilation. The worst are the onces that get burning wounds. Good god I hope I will never have to expierence that. If my time has to come i hope it will be quick. 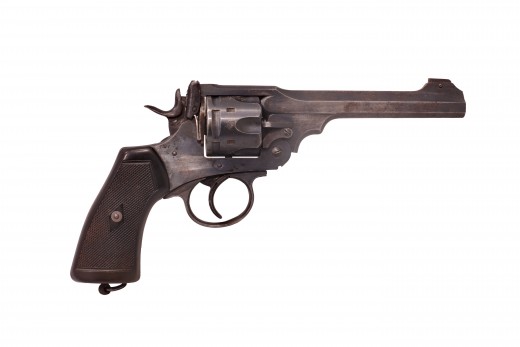 hinkel1 wrote: He blew up he just blew up.

Half a point seeing as he was clearly just copying me!

A half of a quote laddie - a half.

you asked me to put it in the aar mj so i did :p

After waking up to the beautiful Wallonian sun, I was forced to quickly enter my own, proud Spit IIb. Our last Spit V had recently been shot down, but I did not mind. As we all know, the Spit II has some clear advantages.

When I arrived, my flight mechanics told me the rest of the squad was grounded, due to heavy repairs needed after they had apparently gone and brought it into the pub to impress the local ladies. "Oh well", I thought, and got ready to take off. I was told to head to Givet and do some forward scouting for my squadron. Enemy air activity had been reported in, and friendly triple A had been set up on the west side of the town.

I headed off, flying nap of earth toward my target, as the vultures roared above me. After arriving at the target, I found a low stuka bomber. After creeping up behind it, I shot it down after a prolonged burst using my MG's and Cannons. Damn mechanics forgot to set my proper convergence again.

Immediately after I shot down my first air to air kill since I re-enrolled, multiple enemy bandits jumped on my tail. I evaded them and dove towards the friendly AA emplacement. After having fled over the Armybase multiple times, our ack ack managed to shot down first one, and then two of the enemy bandits. I would have rejoiced, but just as the bandits exploded, another one popped out from behind me. Right at this point my engine forsaked me, and in a last chance I climbed to bail altitude. After reaching it, the bandit strafed me, wounding my arm, and forcing me to bail. After I landed in the AB, the locals showed me their rafio log. Apparently, my 6 had been called twelve times, all of which but the last I evaded. I complemented the gunners on their skills, and their response was something in the trend of "you flew longer than we expected".

I rode home after getting my arm patched up and got ready for my next flight. What happened during this second flight us a blur to me, as for some reasons I became unconcious after a few minutes worth of flight, owing to what the doctors call "magnus lagus". In my sleep, I managed stay straight, and after a few minutes I woke up, seconds before observing my plane had an overheated engine. Having no space to fly back to, I bailed behind enemy lines. Some jerries found me, but they offered a rode back to the front in turn for an autograph. I accepted and got a comfortable ride back, reporting back in the next day.